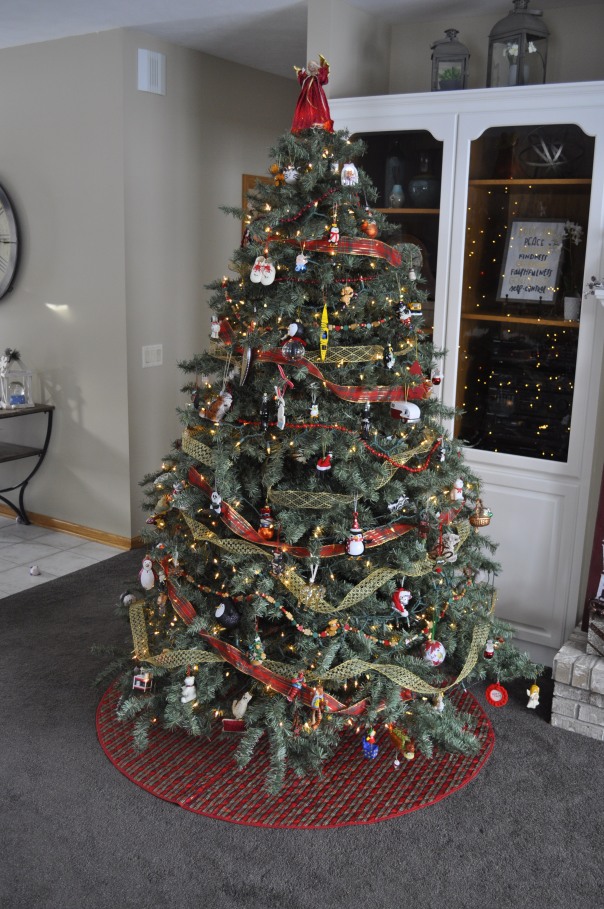 Is a Christmas without gifts still a holiday?

Given my parent’s penchant for bestowing gifts on each other during the Christmas season, it came as quite a surprise to me, upon arriving home for the holidays, that this year they would refrain from buying gifts for one another.

And to learn that after I had wrapped up all my holiday shopping, buying all my gifts on my drive home through Canada. I even thought I had outdone myself this year with thoughtful, unique presents. Now, no gifts at Christmas?

In the end, it wasn’t a giftless Christmas at the Bleeker household after all. Instead, the reduction on presents was targeted at mandatory giving—the kind of gifting one does because one feels obliged to at least buy something for another. My parents, after years and years of buying similar items for each other every Christmas (shirts, kitchen gadgets, gift cards, cashews), finally decided it was time to put an end to the convention. During the rest of the year, they could just as easily buy anything they needed for themselves or each other. And, the pattern of gifts given at Christmas had become standard and predictable. No need, then, to buy and consume more just because the culture around the holidays dictates it. This year, no to the stress of shopping crowds, no to obligatory gift-giving, and no to mandatory consumerism.

Except that for me, I had already purchased all my gifts. Darn.

As much as my parents’ new perspective on gift-giving surprised me, I was delighted by the change in practice. I for one actively decry materialism and bemoan consumerism. I have, at more than one Christmas, broken the heart of my well-intentioned mother by rejecting gifts and returning them instead. I can be a quite the difficult gift-receiver. Though I do love the joy and surprise at receiving a gift, the holidays are held in a strange tension for me because I don’t really like owning that much stuff. Is there a way to practice the meaningful expression of gift-giving while avoiding the downfalls of becoming bogged down in excess material extravagance?

Reflecting on the gifts I gave this past Christmas, I think that’s where my own shopping tendencies have been taking me. Seventy-five percent of what I bought was food or drink items—things that can easily be wrapped up and handled, but magically disappear after a few months. Consumable items like these provide the benefit of the gift, but one without the long-term conundrum of storing more stuff for perpetuity.

What’s more, behind the gifts I gave, there was something more I wanted to say with them. I had done all my holiday shopping while traveling by myself for three weeks in Canada, visiting some pretty spectacular places along the way. When I purchased each present, it was a way of saying to the intended receiver ‘I wish you could have been here with me.’ The bottle of cider I gave to my sister was a way of saying ‘it would have been fun sharing in the taste-tasting at the cider mill with you.’ The maple sugar candies from Quebec which I gave my friends were small tokens of physically sharing my trip with them too. In the absence of actually traveling and spending time with each other, sometimes a small gift with meaning behind it can say ‘I wish we could have done this together.’

In the end, the notion that gifts have to be material and given primarily at Christmastime misses a lot of the larger points behind gift-giving. For me, the best gifts I have received have often been immaterial and have come at many different times of the year, often unexpectedly. At Christmas, gifts of experiences are often the best gifts you’ll receive. Spending time with those you love in a shared activity can beat any pair of socks.

It’s challenging to wrap up a Christmas gift of experience in a box. Until then, I’ll keep wrapping up small tokens of my experience as my gifts.