← Urban Nature
In a Land without Thanksgiving →

Yearning for the Open Road

Having landed in Sydney over three weeks ago, I’m starting to feel the urge to break out of the city and hit the open road to explore the Australian countryside. Getting started in another country has been a test in patience so far. My initally-planned one week in Sydney has stretched into nearly a month, due to various difficulties. Most recently is the slow wait for paperwork in the mail as I navigate the process of owning a motor vehicle in a foreign country.

Some of you may have seen my new Australian travelling companion on Facebook, Frank the campervan (note, I wouldn’t have chose the name for myself, but it’s bad luck to rename a vessel). Me and Frank met in Sydney and hit it off right away. We both yearn for the open road and love camping, so it was a good match. Frank is also a Starwagon—I love that he’s a bit celestial… 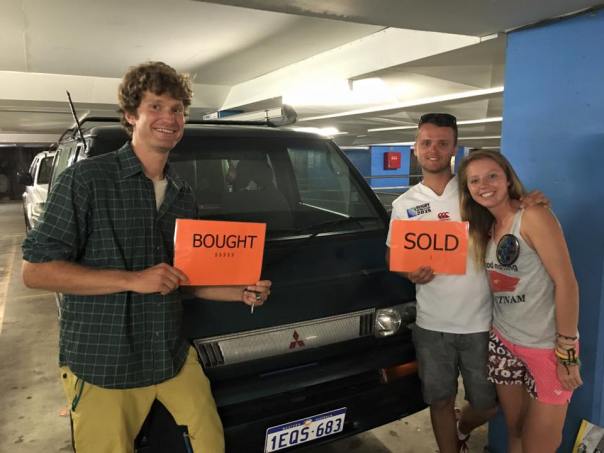 Me and Frank are making plans to go around Australia. Frank was born to travel and is already a veteran of some cross-country roadtrips. Of course we want to see everything the country has to offer. Here is a little sketch of what may take place over the next few months…

Our proposed route is to visit all of Australia over the course of a year (and maybe a little bit extra too). Overall, the route is about 21,000 kilometers, before any spontaneous side trips are taken. It’s an ambitious distance, but I had good practice in the United States before coming to Australia, driving over 30,000 kilometers in the course of my five month Western US road trip. Here is a month-by-month outline of my plan (follow along on the map—notice the route is color-coded):

April to May: Berry or Vegetable harvest in Tasmania

June-August: The big holiday drive. Melbourne to Adelaide, through the outback to Australia’s red center, then Darwin to Perth following along the Indian Ocean.

After October, my Working Holiday visa expires. If, however, the $21 an hour agricultural minimum wage puts me in a good financial situation, why not stay and play more?!? Here is a ‘bucket list’ of places I’d like to see in Australia:

It’s an ambitious course I’ve set for myself. But then again, that’s the way I like to live. Making trip itineraries is one of my favorite pasttime activities—but it’s all the more enjoyable when the trip plans are real instead of hypothetical. In the coming months, expect to see some outcomes of our travels!

Posted on November 21, 2015, in Travel and tagged Itinerary. Bookmark the permalink. 1 Comment.

← Urban Nature
In a Land without Thanksgiving →