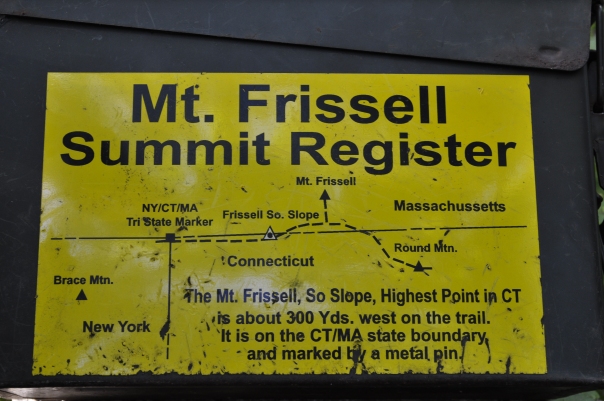 For those of you interested in some of the irregularities of state political boundaries—for instance, why Michigan is separated into two large peninsulas, why Oklahoma has a panhandle, or why Colorado is just a boring old rectangle—there is a great book to read. That book is How the States Got Their Shape by Mark Stein. In detail, Stein explores each state’s border—explaining the various social and political forces, many oft-long forgotten, that went into the making of each state’s boundary. It’s an easy and entertaining read, and it is quite surprising to learn how often petty disputes (i.e. Missouri’s southeast corner) or rudimentary surveying mistakes (i.e. the Kentucky/Tennessee border) made America’s state geography much more complicated than it ideally should have been.

For some folks, it is simple enough just to read about peculiar political boundaries. For others, it is necessary to visit them (think about the 4-corner intersection of Colorado, Utah, Arizona, and New Mexico, which is a modern-day tourist attraction. The allure of being in four states at once is well worth the three dollar entrance fee!) 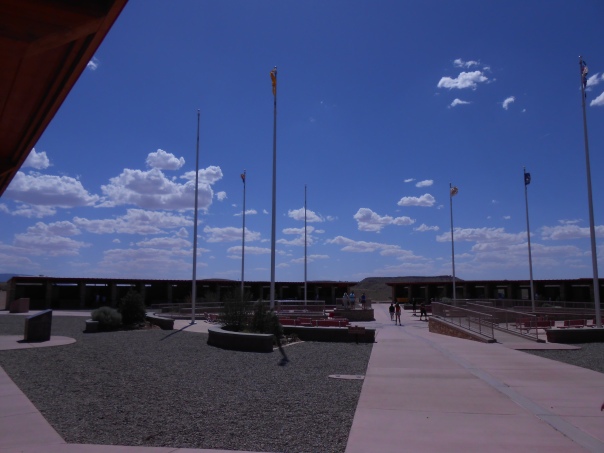 What drew me to this particular non-descript mountain in the extreme southwestern corner of Massachusetts? Well, it was a form of geographical tourism known as highpointing. Simply put, highpointers are people who try to reach the highest point in each state or region. Now personally, I had previously climbed the tallest mountain in a few states before, but I had never really made highpointing more of a goal until I picked up a guidebook of state highpoints at a library used book sale last year. Being somewhat of a geography nerd, I thought it would be a fun travel project to undertake (at least to all the highpoints in which ropes and glacier travel are not required!)

And hence I learned about Mount Frissell. Though the mountain has its own scenic merits and was quite a lush walk through the deciduous Connecticut uplands, I would have had incredibly little reason to ever visit otherwise. 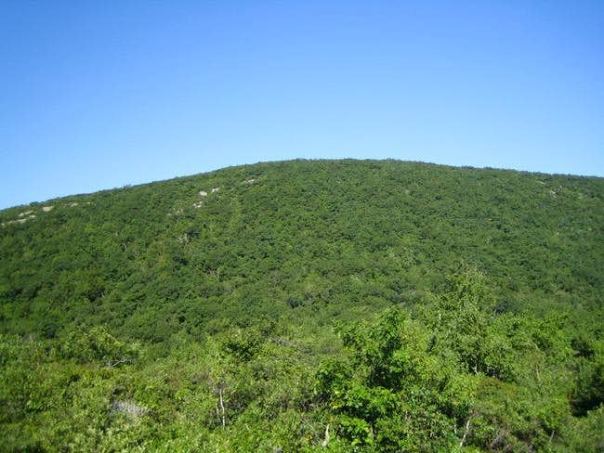 My approach to Mount Frissell came from the Connecticut side of the mountain, where an inconspicuous town road out of Salisbury eventually leads to the trailhead destination. I drove northwards out of town, up a narrow dirt road lined with verdant shrubs and trees. Immediately after hitting the state border marker with Massachusetts, I was at the trailhead. Oddly enough, I would not enter Connecticut on this trip again until I emerged at its state highpoint!

The trail to the summit begins deceptively flat and effortless. A quarter mile in, though, as East Coast trails are prone to do, the path shoots straight up the bedrock slopes of Mount Frissell. Fortunately, the trail was short enough, the views rewarding, and in less than an hour I was at the summit of Mount Frissell, elevation 2,454 feet.

Though I was at the summit, I still had not accomplished my highpoint goal for the day (nor was I at the highpoint of Massachusetts. That honor belongs to Mount Greylock at 3,489 feet, just a couple hours’ drive north.) Fortunately, my climbing portion was done. All I needed to do now was to descend about 300 yards down Frissell’s south slope until I reached the Connecticut border.

A rock cairn and a humble state survey marker are the only evidence that you’ve made it to Connecticut’s highpoint, a modest 2,379 feet. The area itself looks little different from the surrounding forest, and, being on a slope, the views are fairly obscured by vegetation. Nevertheless, I enjoyed being the highest person in the state of Connecticut for awhile, as I rested and perused the trail register notes left by fellow highpointers.

For geography bonus points, continue walking west on the trail for a few more minutes. Soon you will come upon the tri-state boundary for Massachusetts, Connecticut, and New York. As you stand there deep in the woods, maybe you’ll wonder to yourself ‘why in the world did people bother to put this giant stone obelisk in the middle of the forest?’ Well, that’s geographers for you. 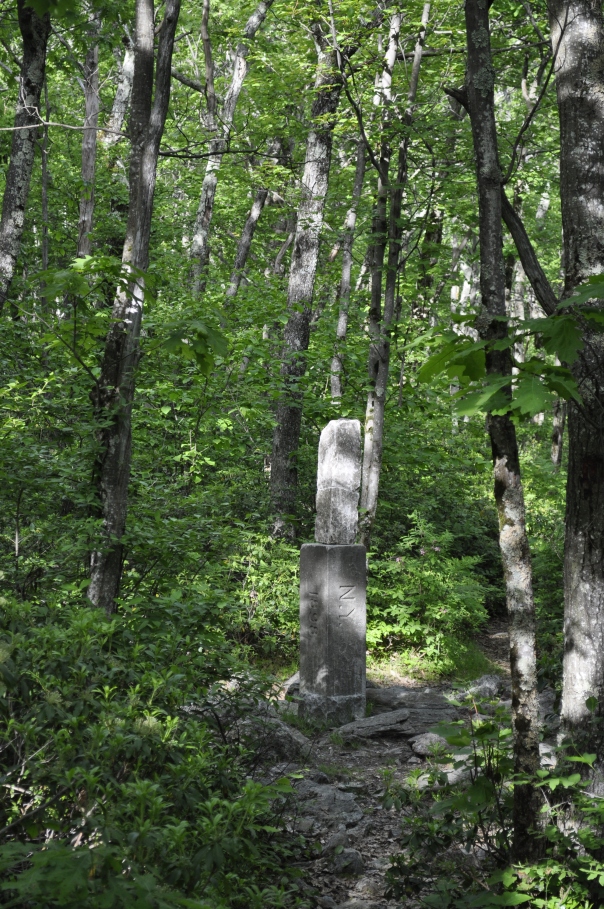 Other nearby state superlatives of note: Bash Bish Falls, measuring nearly 200 feet in a series of separate cascades, is Massachusetts’s highest waterfall. Well worth the visit. 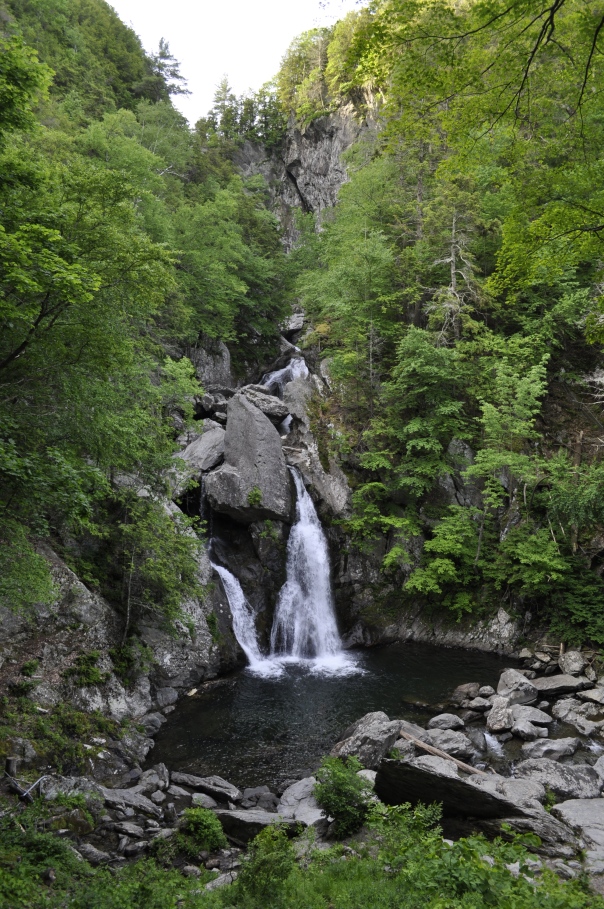